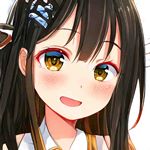 That topic shouldn't be in rubbish bin. That's a fact that anxiety, stress or depression can lower allopregnanolone levels. So, it would be useful to abstaining from stress as possible.


The changes in allopregnanolone in response to acute stressor tend to restore the homeostasis by dampening the hyper-activated HPA axis. However, long standing stressors leading to development of neuropsychiatric disorders including depression and anxiety are associated with decrease in the allopregnanolone levels.

During the last decade, the downregulation of neurosteroid biosynthesis has been implicated as a possible contributor to the development of anxiety and depressive disorders (reviewed in 16). Clinical studies demonstrated that decreases in the serum/plasma and CSF content of neuroactive steroids, particularly the GABAA receptor-active progesterone derivative, allopregnanolone, are associated with emotional disorders, including depression, anxiety spectrum disorders, PTSD, premenstrual dysphoric disorder, schizophrenia, and impulsive aggression (17–27). These observations led to the hypothesis that downregulation of brain allopregnanolone content could be a cause or risk factor for these psychiatric disorders, and stimulated several research groups worldwide to develop new molecules to stimulate neurosteroidogenesis and allopregnanolone biosynthesis, in particular, in order to treat anxiety disorder and depression (28–32).

Thanks cripoflo for your information and support.
Top

Wouldn't call it rubbish per se. If a person feels meditation makes them feel better I wouldn't want to take that from them. I think the issue arises because the "results" are subjective. If you cant quantify something it is hard to call it a fact.

I am aware that some studies suggest some benefits. Same token, you can find just as many that call it inconclusive. Science has always had a problem with meditation because its nearly impossible to separate placebo effect.

@Whyme11 if you feel like its lowering your stress, keep it up

We can all use every bit we can get. Ive tried meditation before and just couldn't get the hang of it. My brain is too stubborn to shut down.
Top

I have been meditating for a year and a half, I have had benefits on all fronts except for pssd. I do not believe that meditation can heal from pssd. I have been doing yoga for a year.
Top
Post Reply
5 posts • Page 1 of 1

Return to “The Rubbish Bin”

Users browsing this forum: No registered users and 1 guest